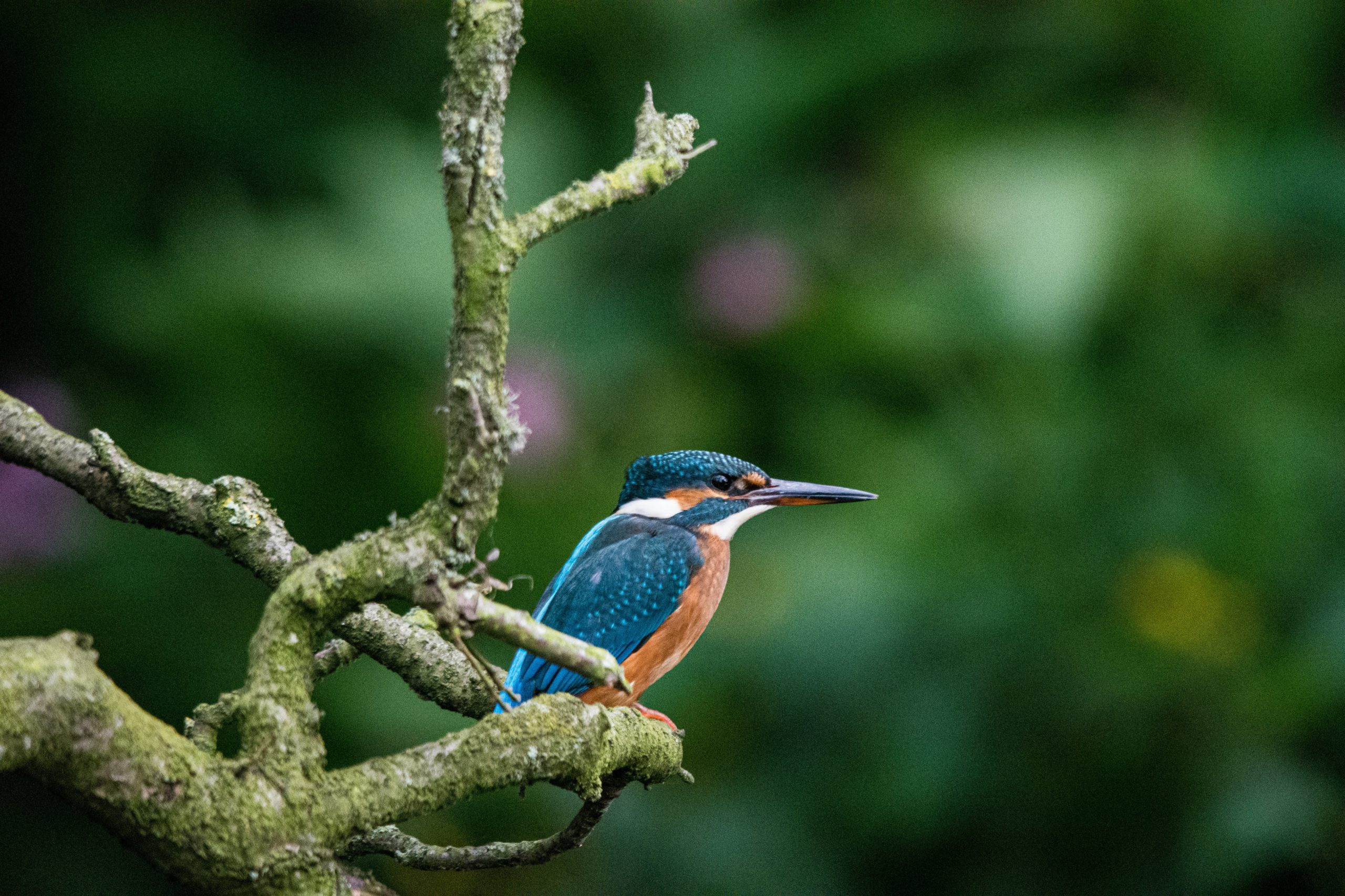 In times of great uncertainty such as these, it’s reassuring to know we can still rely on the great British weather forecast… to be completely wrong.

Yellow warnings of thunderstorms, floods, etc set the scene on 10 August for the serenest of trips along the River Ure.

For some of us, this was the first big outing with our camera equipment since March. For all of us it was the first opportunity to get together since club meetings were forced online.

HMS Millie was specially set up by Simon and David of Yoredale Scenic Cruises to ensure there were no health concerns; Mr Hancock would have been doubly pleased to see our dietary fibre intake was also being maintained, thanks to Mrs Jones’s Weetabix Cake™.

We came in search of kingfishers. Other stuff too. But mainly kingfishers. As storm clouds didn’t gather, we cruised downstream, past Evan’s office (Newby Hall), and past a bank of holes where Sandmartins flitted overhead.

Soon we came to Westwick Lock, built by the bargemen when the newly established railway companies installed weirs along the river to eliminate the waterborne freight competition.

And so we carried on under the still clear blue sky.

Then, suddenly, up went the cry: kingfisher!

We almost missed her, but the barging equivalent of a handbrake turn brought us back to where she was spotted. Amazingly, she was still there, busy ignoring us as she studied the water for signs of her tea. She remained on her branch for some minutes, so long in fact we began to suspect she might be a stuffed replica. Then, quick as a lightning flash, she flitted across the water and was gone.

And the fun didn’t end there. We passed by brave/foolhardy river bathers, someone zooming on the roof of his barge, and we spotted a heron or two. The kingfisher was undoubtedly the treat of the day. Because she hung around for so long we had ample opportunity to take many, many photos (some of them even in focus), so many that it was proposed there should be a moratorium on kingfisher shots in next season’s competitions.

Any cookies that may not be particularly necessary for the website to function and is used specifically to collect user personal data via analytics, ads, other embedded contents are termed as non-necessary cookies. It is mandatory to procure user consent prior to running these cookies on your website.